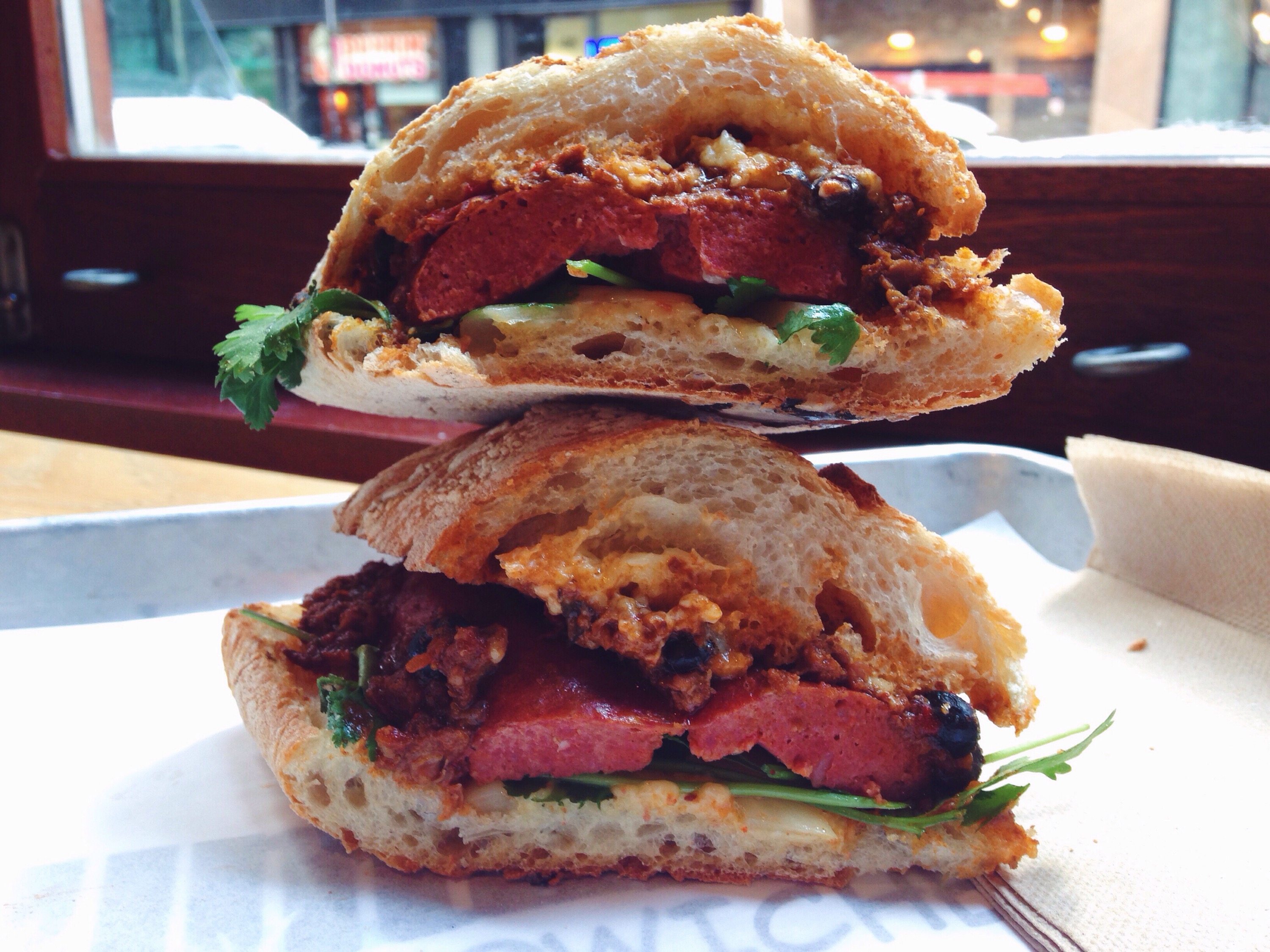 It’s not often that we are able to take time for a quality lunch, or any lunch for that matter, which is just a sin of corporate America. Most of our colleagues and friends dish out $9-$13 on the same Chopt salad or Chipotle burrito every day during the week, which is just about as anticlimactic as a complimentary bag of lightly salted nuts on an airplane. Don’t get us wrong, we love burritos almost as much as Kanye loves himself, but we just think daily Chipotle is a poor way to spend $2,860 a year (we do math sometimes). Instead, we’d rather indulge in a higher quality product that won’t give us the meat sweats during our afternoon meetings. Queue the music, Untamed Sandwiches has arrived.

We might be a little late to the scene considering Untamed opened early last year, but we’re glad we discovered this midtown spot that offers slow braised meats and veggies, beer, and sprawling windows to the outside world (is it spring yet? we wore winter coats this morning).

Untamed thinks that “happy animals are the principal component of amazing sandwiches,” which makes us feel a lot better about eating a sandwich called “The Butt,” a cider braised pork butt, broccoli rabe, and pepper jelly combo that we could eat cold for breakfast the next morning with a smile on our face. 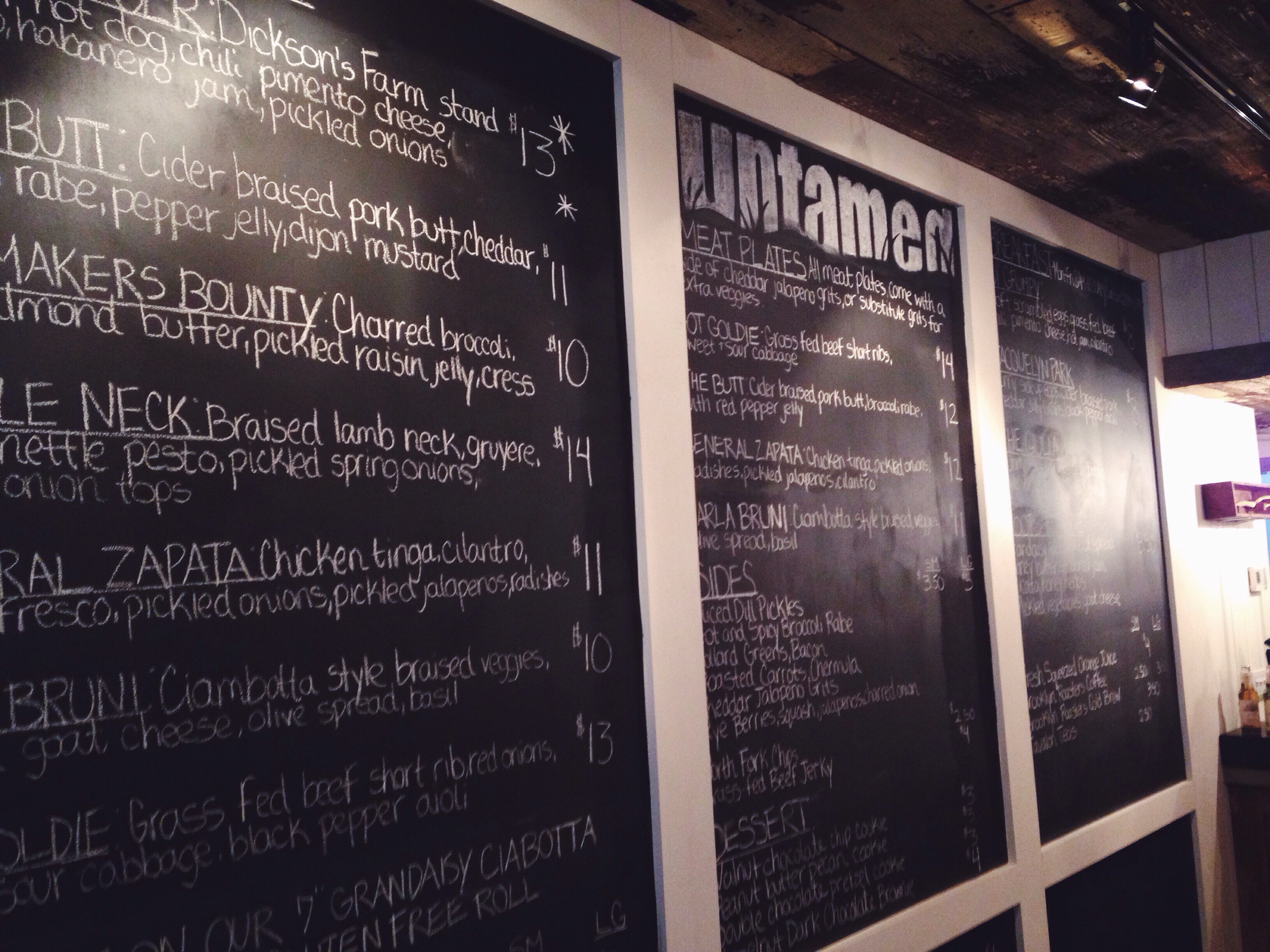 It’s pretty clear that the food at Untamed is made with a whole lot of love, which originates with Untamed founder, Andy, who we met for lunch yesterday. Food tastes better when the people serving it to you are super pumped about it, and that’s exactly the vibe we got from whole Untamed staff. We’ll definitely be back for more soon. We suggest you take the time to make a trip as well.